A Steady march forward, sustained with great vigor, which has marked BCN's hallmark procession toward a growing base of platform participants, as a current and potential portal to our community - be it local regional, national.

Beaufort County NOW (BCN), northeastern North Carolina's only moderated Informational Platform, had yet another second best month in a row, and consistently improved in traffic, one of our 2nd best months in a row, or was it our best? From my vantage point, it is truly a coin toss of a call.

At the core of this coin toss call will remain that blowout month in March, 2015, which was the became the yardstick that all future months will be measured; at least for a while, or maybe a short while after this last month.

The traffic for this last month of September was still less than that blowout month of March, 2015, in tow of the 3 metric categories; however, arguably, the most important metric category is that of unique vists (unique I.P. addresses). Personally, I tend to favor page views, but the industry standard top metric is unique visits. This is the category where we excelled mightily for the second month in a row, and have now exceeded that of the blowout month's unique I.P.s by 16.5 percent (7,879 - March; 9,174 - September), so one might make the argument that September may well could be our best month to date.

You see, Beaufort County NOW is built, employing our proprietary Content Management System (CMS), our leading edge Symbiotic Publisher, to offer not only the most advanced platform to the events of the day, but to those that wish to participate in commenting on, and possibly shaping the public perception of those events as well. Moreover, BCN is northeastern North Carolina's top public platform to keep the community informed of local events that may be important to themselves and others.

Milestones for Beaufort County NOW: Our Growing Readership in September, 2015

•   Most Readers per day in September - 38,063 based on the metric of 6 page views per person, with unique IPs at the level as they are presenting themselves here now. 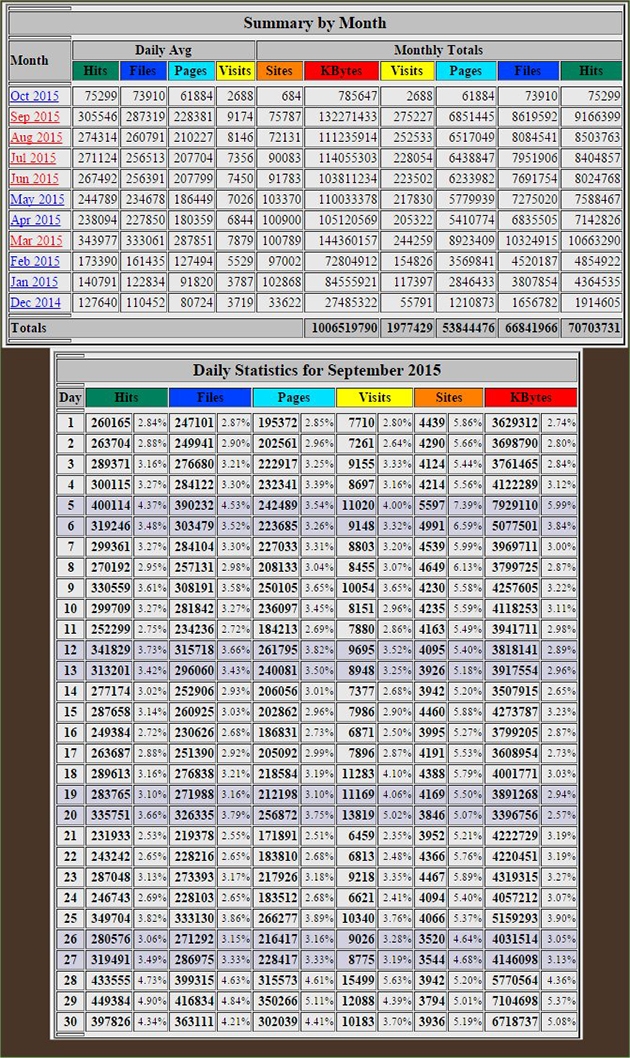