Achieving No. 1 Status in Beaufort County was No Small Feat | Symbiotic Networks, Inc. 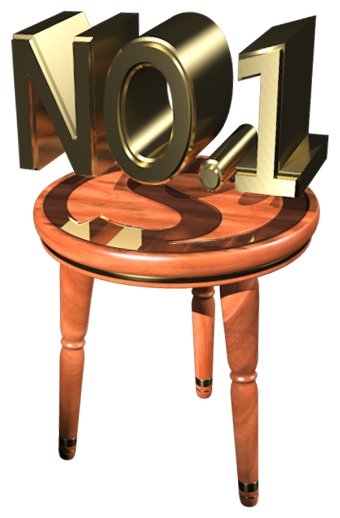 Beaufort County NOW is now the number one website originating from Beaufort County, and trust me on this one fact: It was no 'walk in the park'. Hey, we did it on a 'shoe string' budget compared to our competition, with no staff other than 'yours truly' as your humble publisher, a couple of part timers doing exactly as I ask ... well, most of the time, and our contributors ... our many contributors ... God bless them.

They give me their work, and I give them traffic, readers, and lots of it and lots of them. Plus, I leave their stuff up on BCN, expertly categorized, data-based Searchable, meta-tagged, relevant as stored for near perpetuity. In their work, their words, their ideas and their ideals, these contributors will live on, and continue to make a difference. And as we continue to pull away from our competition, we will continue to provide our contributors exactly what they need - an audience, an ever growing audience.

Now for the 'no small feat' analogy. In the beginning, we began by patterning our content presentation on the open source Joomla CMS, and within months tired of its then inconsistent behavior as a delivery system. We then set out to build our own borrowing from the good ideas of other Content Management Systems, but, moreover, originating our own data-based linking system of exemplary display. In effect, we created our own proprietary Symbiotic Publisher Content Management System in successive iterations, settling on what we have evolved to: all original code; uncommonly original in expression to power Symbiotic Publisher.

Our Symbiotic Publisher Content Management System (CMS) became the engine to Beaufort County NOW, which became our CMS prototype, and I credit that technology tailored to our handling of data storage and data access as the nexus of our success in attracting readers and keeping their traffic. I don't mean to diminish the effect of my copious writing, the content of our contributors, but our technology is 'leading edge', and since the publishing and much of the writing (especially in the early days) is more my domain, I would like to wax humble as much as is possible, and give credit where it is most due.

And while I will argue that, in full humility, our latest milestone of reaching 91,820 of page views a day was an astonishing feat, and may not be replicated for some time; now, however, over half the way through the full month of February, 2015, we are roughly equaling the numbers of our greatest month, by far, maybe even surpassing it through the first 15 days of February. 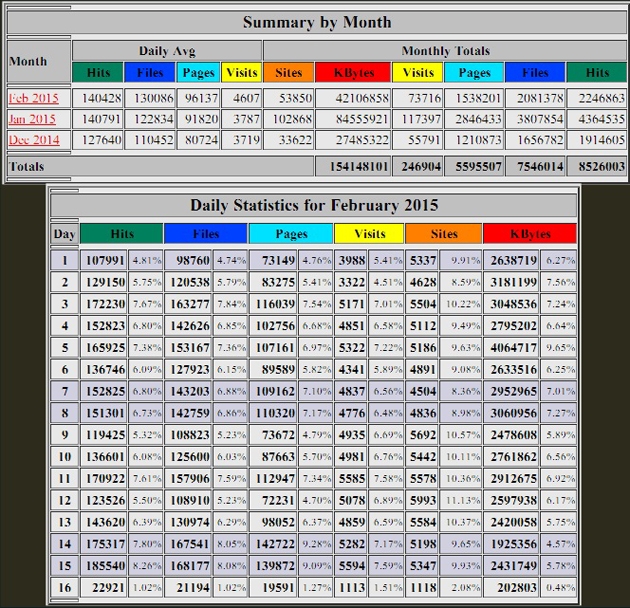 Beaufort County Now's top numbers for Beaufort County for the month of January (first full month since our last iteration of Symbiotic publisher): Below. Here above we proudly display the preliminary traffic numbers for February through the first 15 days. 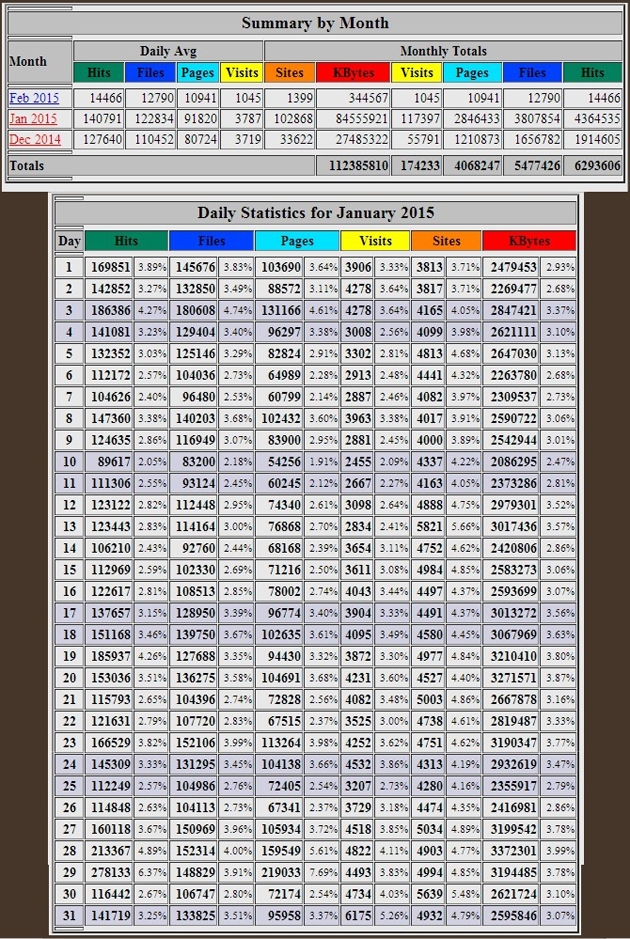