To date, and by a wide margin, our best month ever!

Last month, as our publisher of Beaufort County NOW as I was making some sense of our periodic mediocre traffic (at least for us), I stated that: "In terms of traffic, Beaufort County NOW (BCN) has hit a lull in expansion - more than we have experienced in the past."

I was also surmised, regarding the end of month / beginning of the next month traffic: "In the last days of the month of August, and now into the first days of September, 2014, we have 10 straight days with a minimum of 3,000 unique I.P. addresses accessing BCN daily."

In actuality, September, 2014, all 30 days of it, was a masterful month of traffic - the best we have ever had. It started well enough 6 straight days above 3,000 unique I.P.s, with only six days in the month below the vaunted three thousand mark, the lowest still at 2,797 unique I.P.s, which is still very respectable.

All of this increase in traffic flies in the face of the unsophisticated understanding that Social Media and Ratings Sites are the path forward on the People's communication highway. That may be for some folks, but there are limitations to that mass appeal of Social Media: no geocentric properties, no content sustainability, poor navigation, and just too many people with too much to say that is not germane to everyone, often only a few.

Our mission is different, a throwback to old style reporting of information, but on a better platform than what the old style newspapers ever employed, but with much greater versatility. BCN is a prototype of our proprietary CMS, Symbiotic Publisher, which steps out of the shadows to offer the old ways, but with a Social element, but keeping it local while reaching out to the world wide community.

To that ennobling end, we have justified our efforts by collecting traffic - lots of it - last month, an estimated 9 to 10 thousand readers per day. Please examine the embeded traffic statistics below to gain a more verifiable example of such: 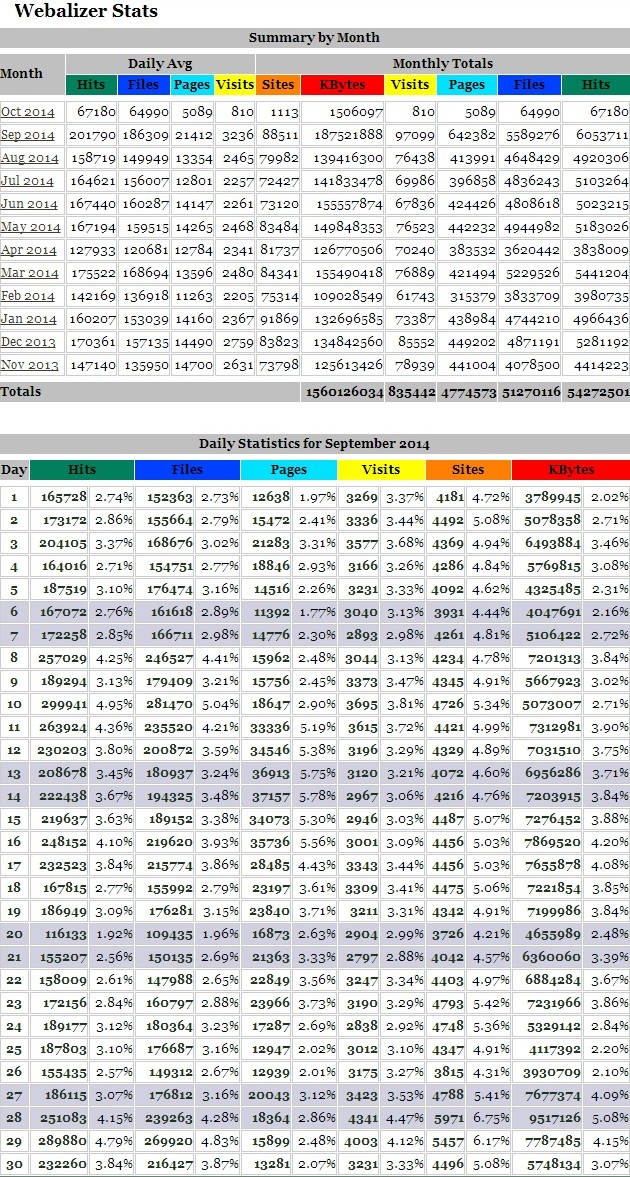 Milestones for Beaufort County NOW: Our Growing Readership in December, 2013