Last month, September/2014, BCN enjoyed a remarkable month, the best ever. October was decent, no September, but respectable, and still more than our competition. Not bad for a prototype, with no editorial staff, and no staff writers outside of me, BCN's part-time publisher, Stan the Man.

Beaufort County NOW's technology is structured to provide this Moderated Informational Platform to the community by its uniquely original technology, and that technology will always be advancing toward an excellence to provide the better, nay, the best user experience available here in eastern North Carolina. The technology that provides the gun-works for this public platform also allow folks the ability to share serious issues, moderated for quality of expression only. It's Symbiotic Publisher's purpose to provide this place for the community, with one condition - no fake names, and you stand behind what you share.

Now that is not too much to ask ... Eh? Here below are the daily figures for the solid month of October: 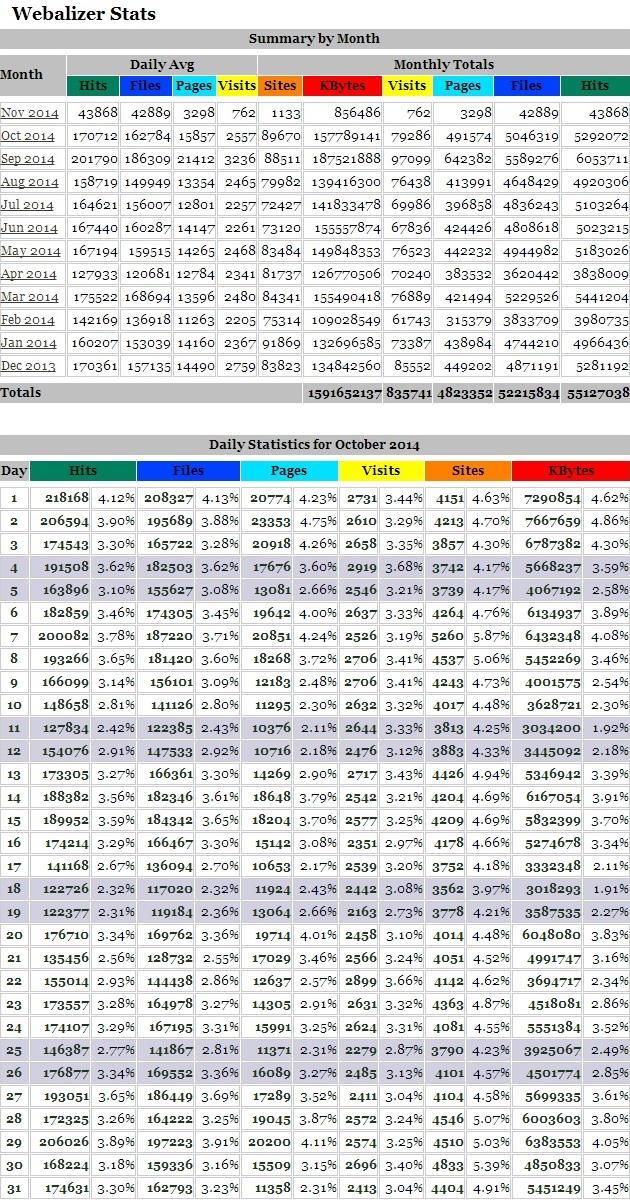